skip to main | skip to sidebar

The Star-Spangled 200 was Baltimore's big to-do this year.  This month commemorated the completion of Francis Scott Key's "Defense of Fort M'Henry" which evolved into our national anthem. The Maryland War of 1812 Bicentennial Commission provided the funding, and was the reason behind the sidewalk mural I was painting last summer.

In a press release from the Visionary Museum, the mural is said to be a

We finished well into the cold season, but the snow and ice were generally good to the work. Here are the new and final additions not shown in previous posts.
The southern end of the mural features Chief Tecumseh from an anamorphic 3-D perspective, the far north side (museum entrance to Covington St.) are the written lines of his beautiful famous speech.
Portraits of notable Baltimore natives were also painted near the main entrance of the museum. 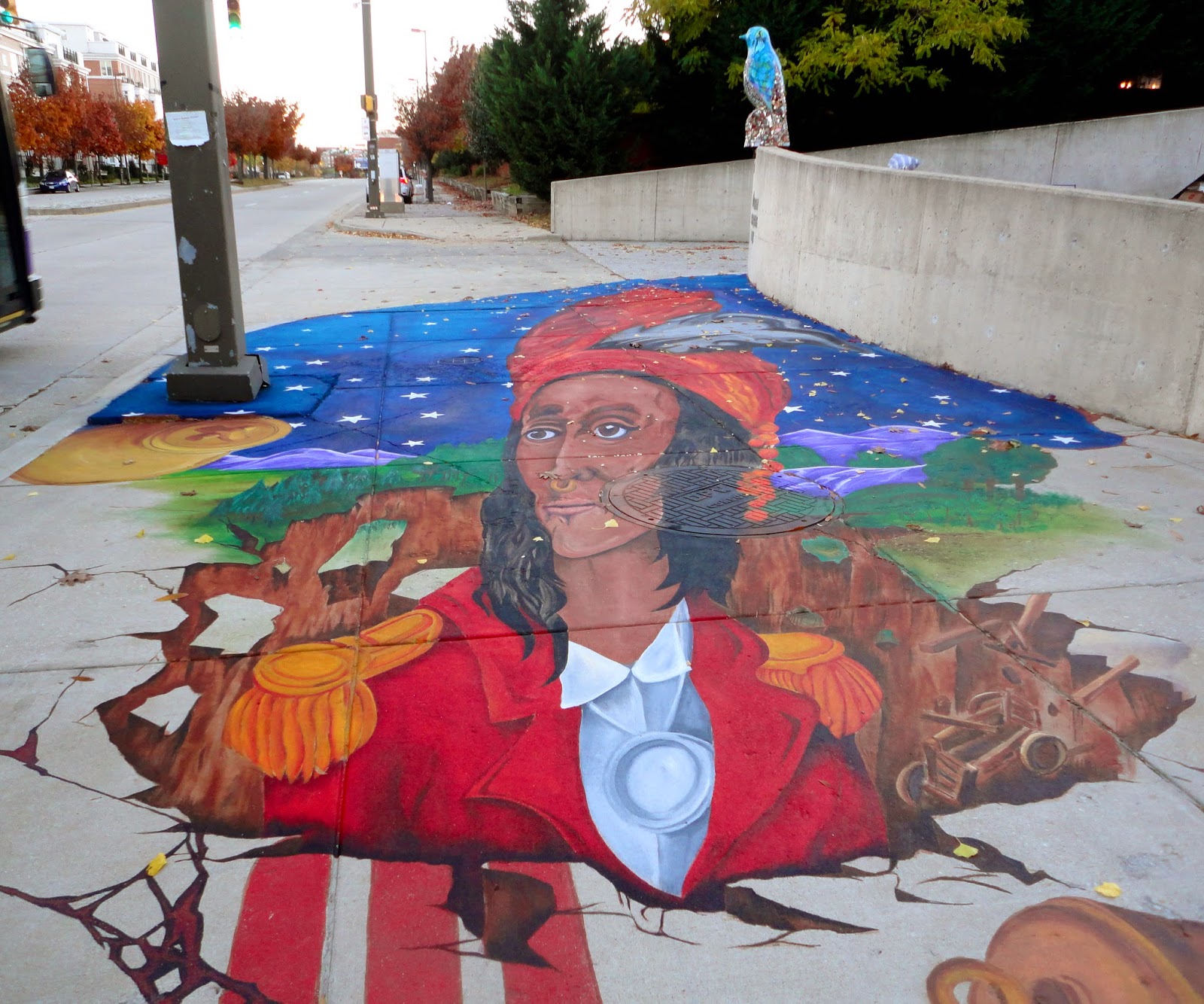 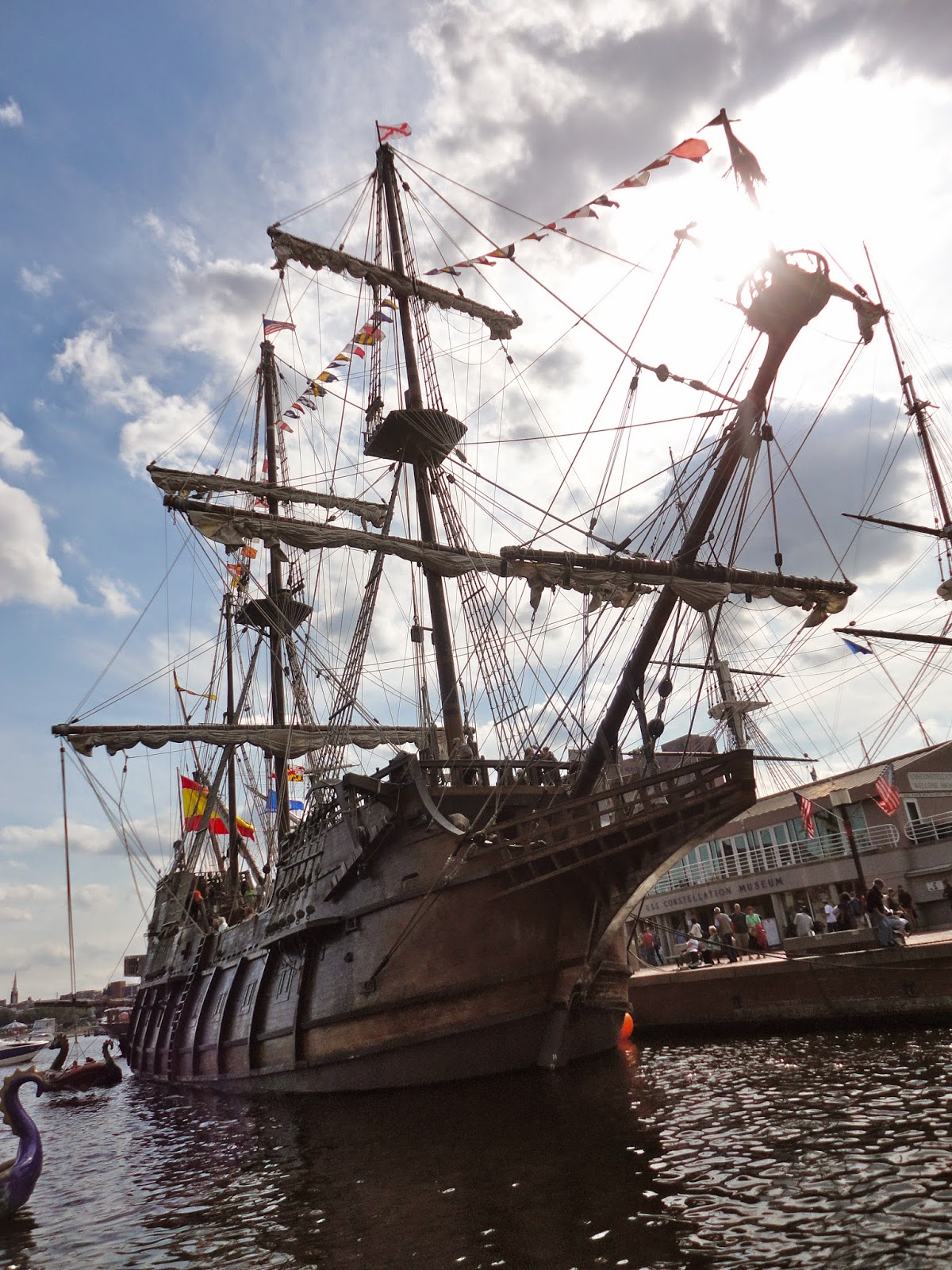 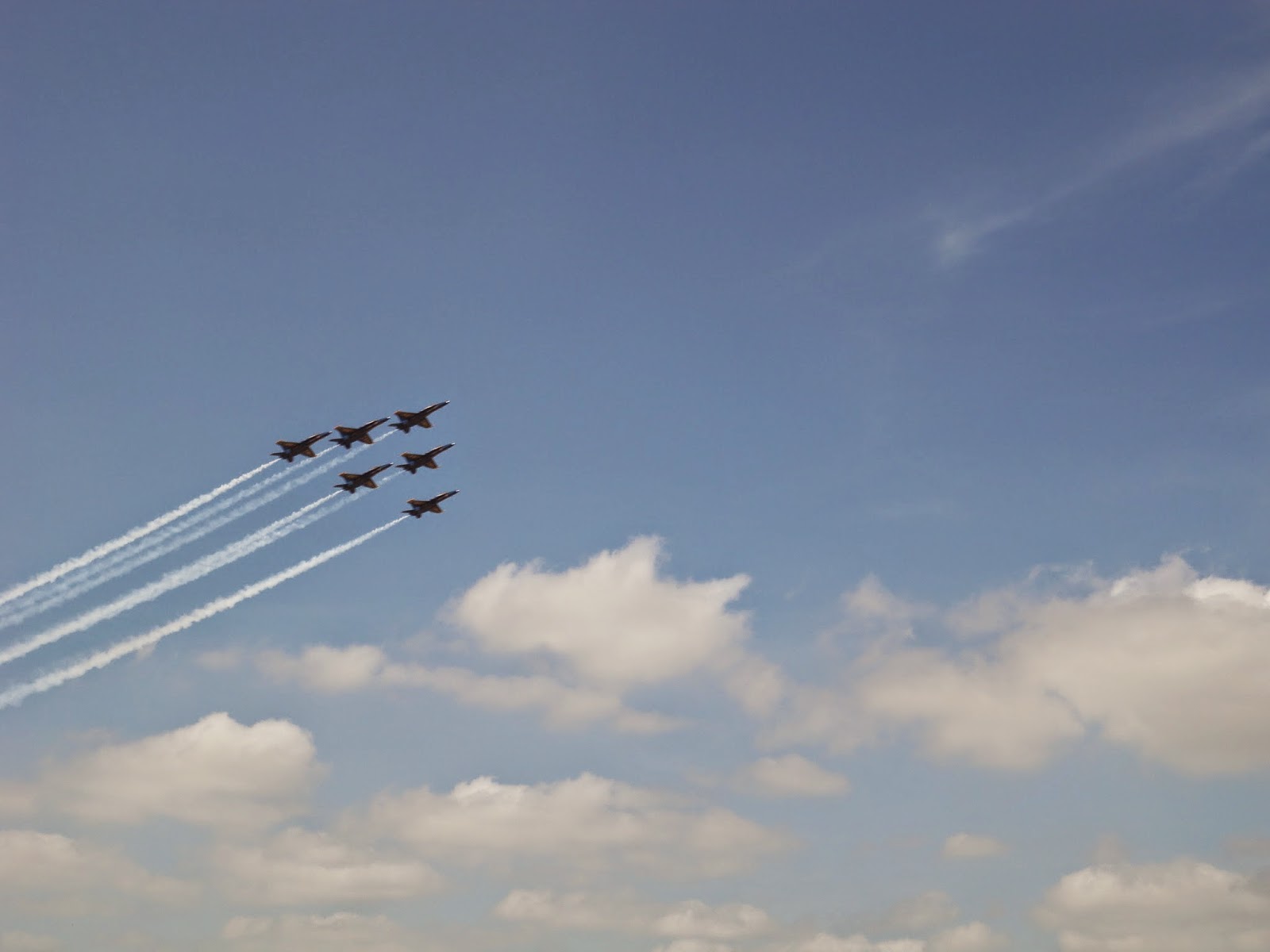 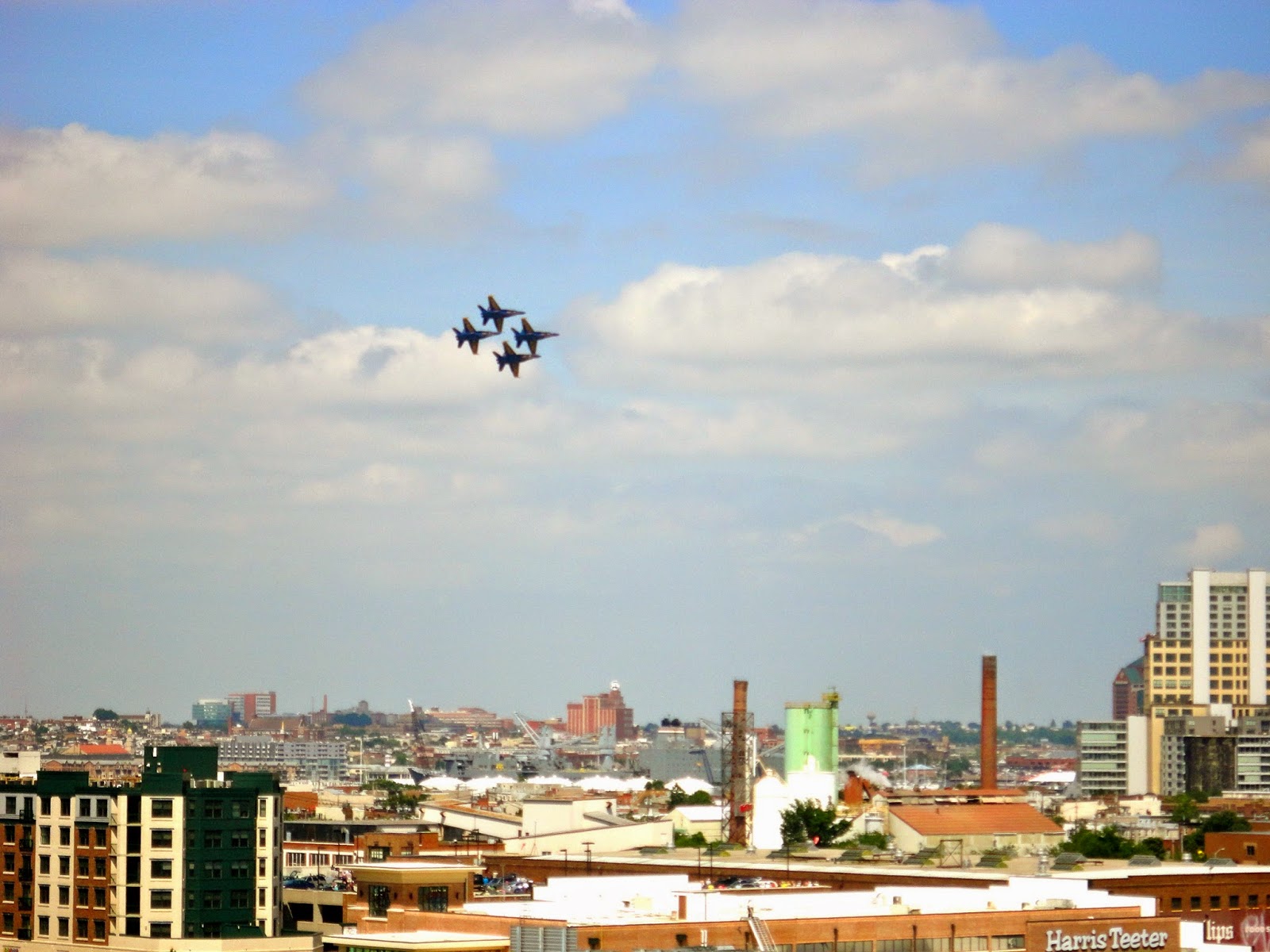 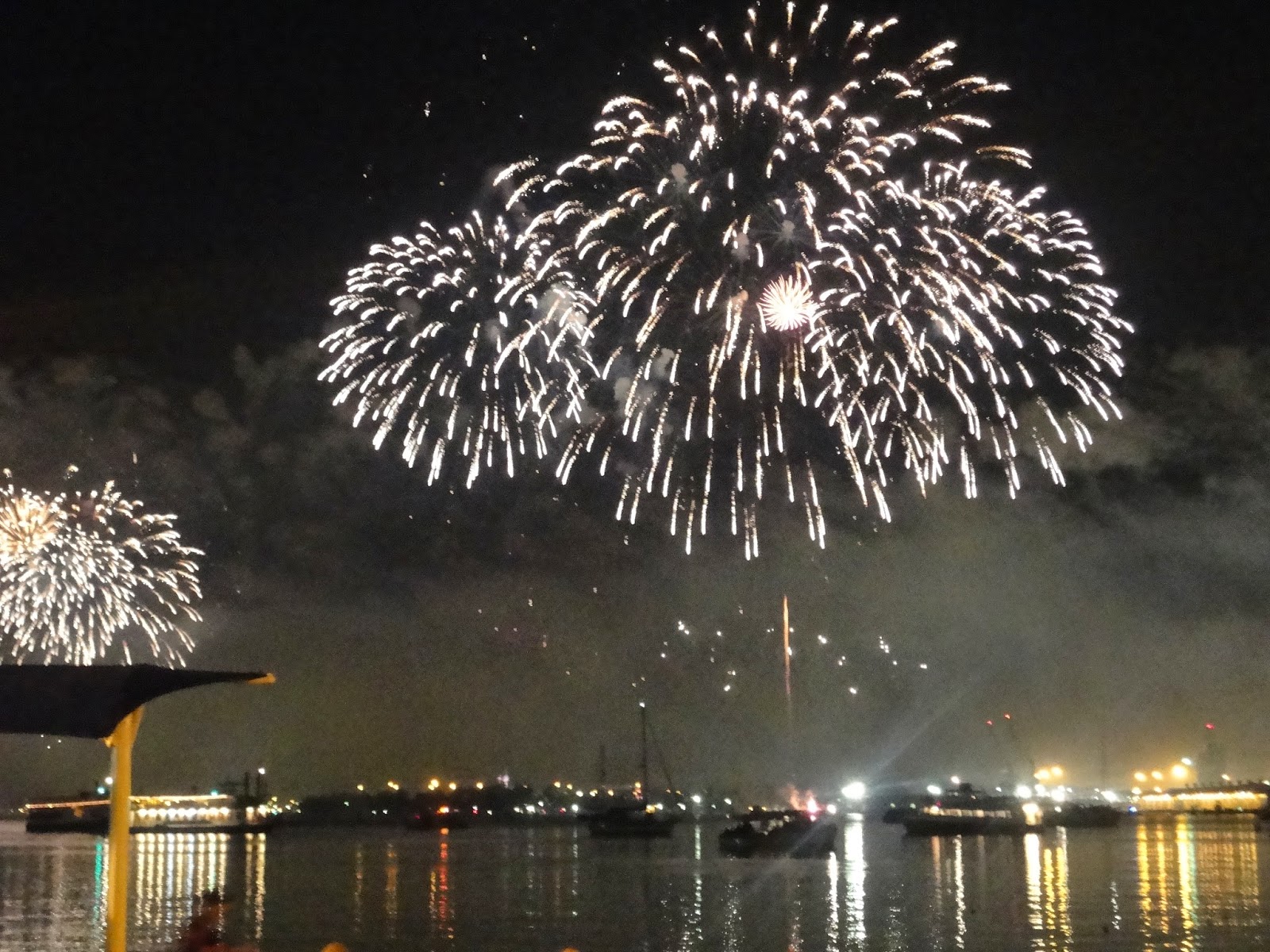 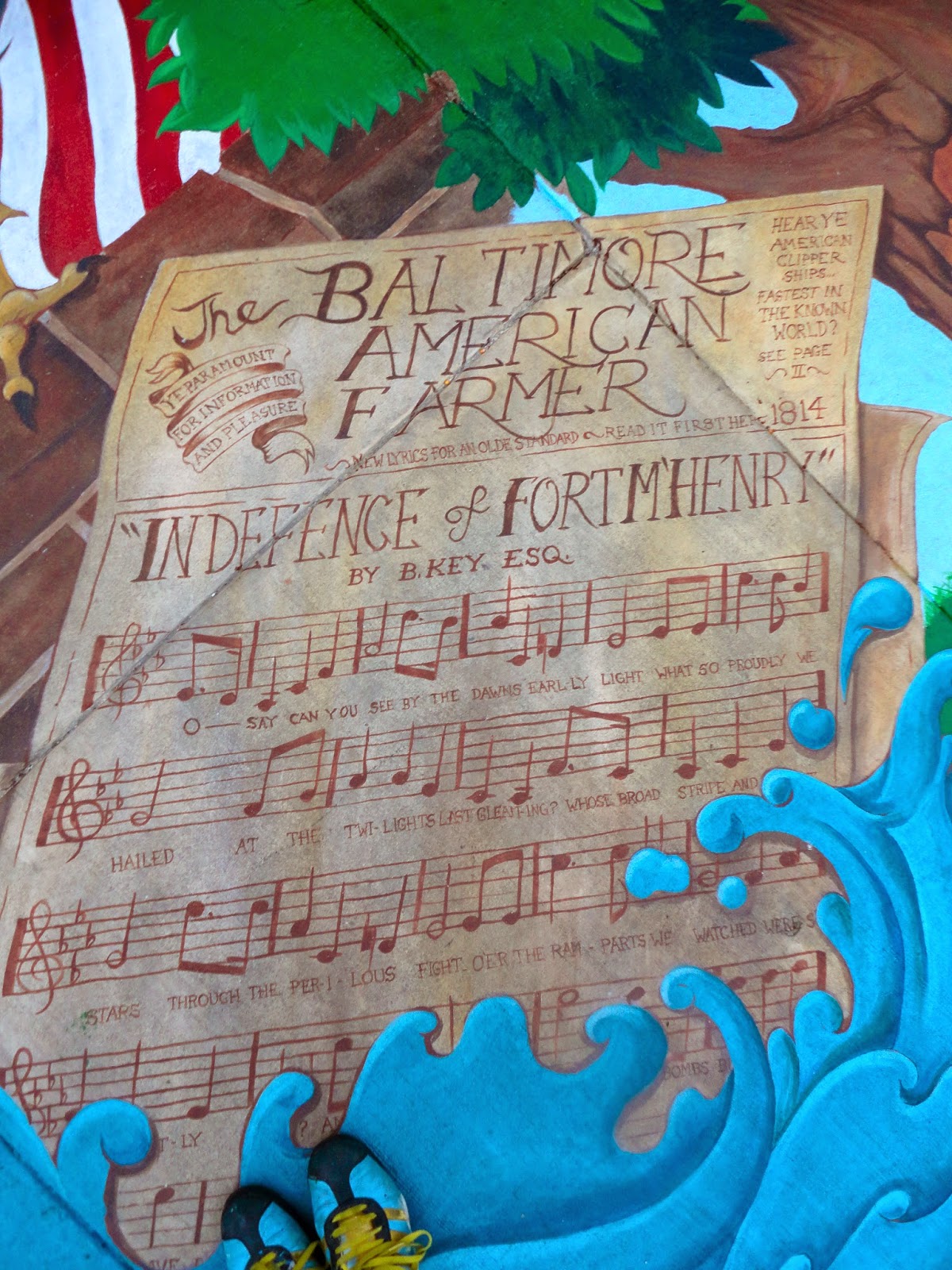 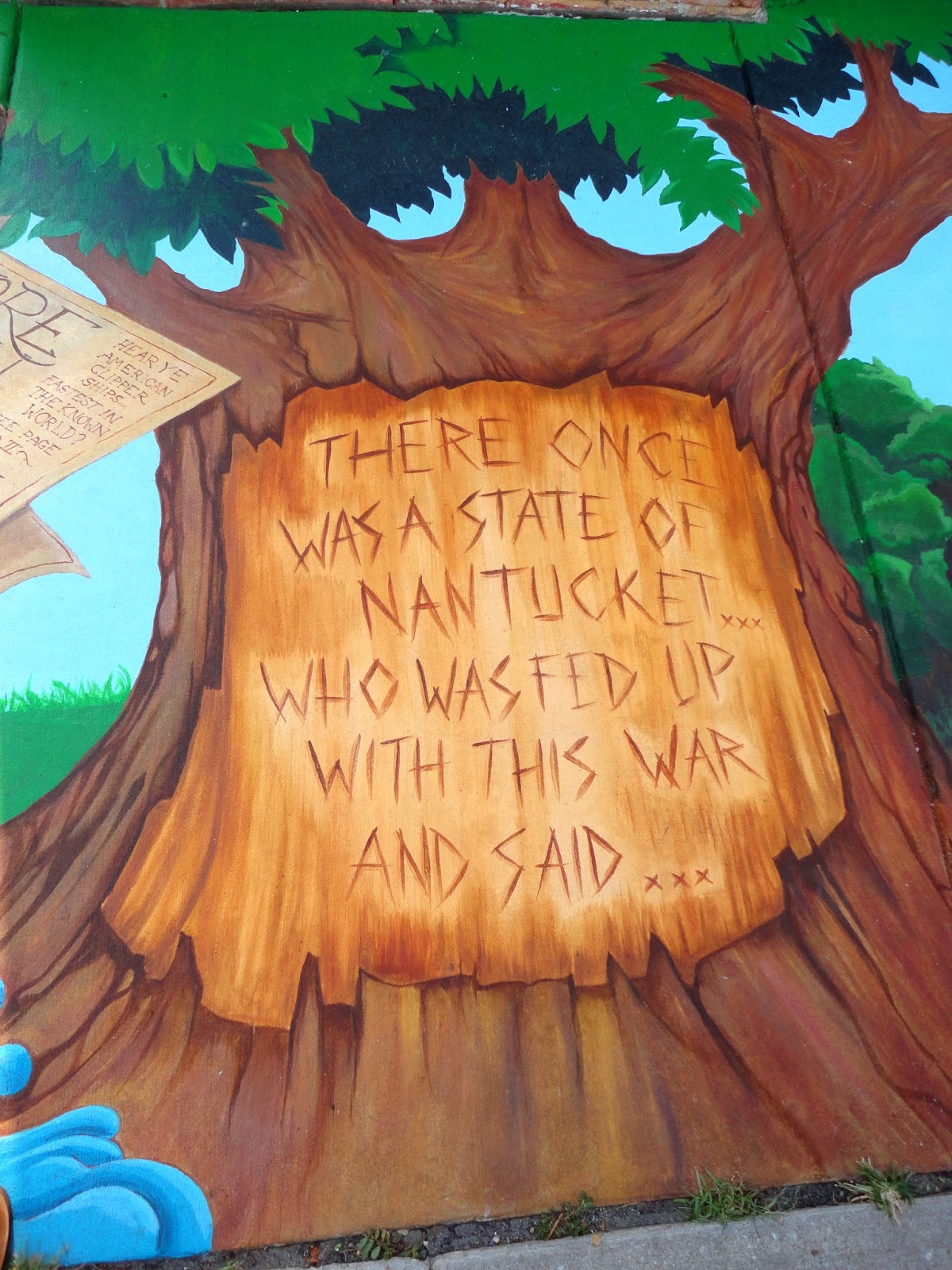 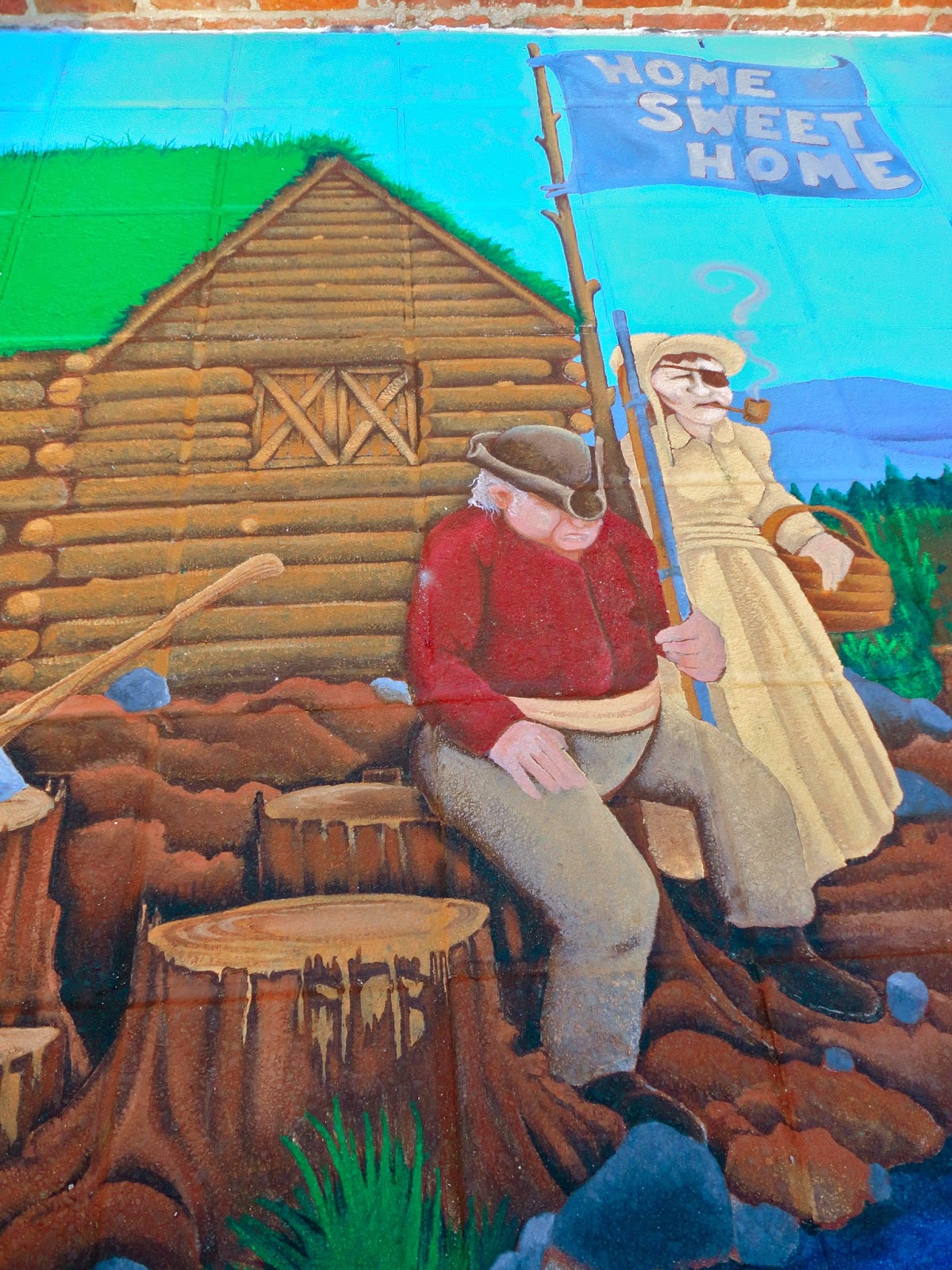 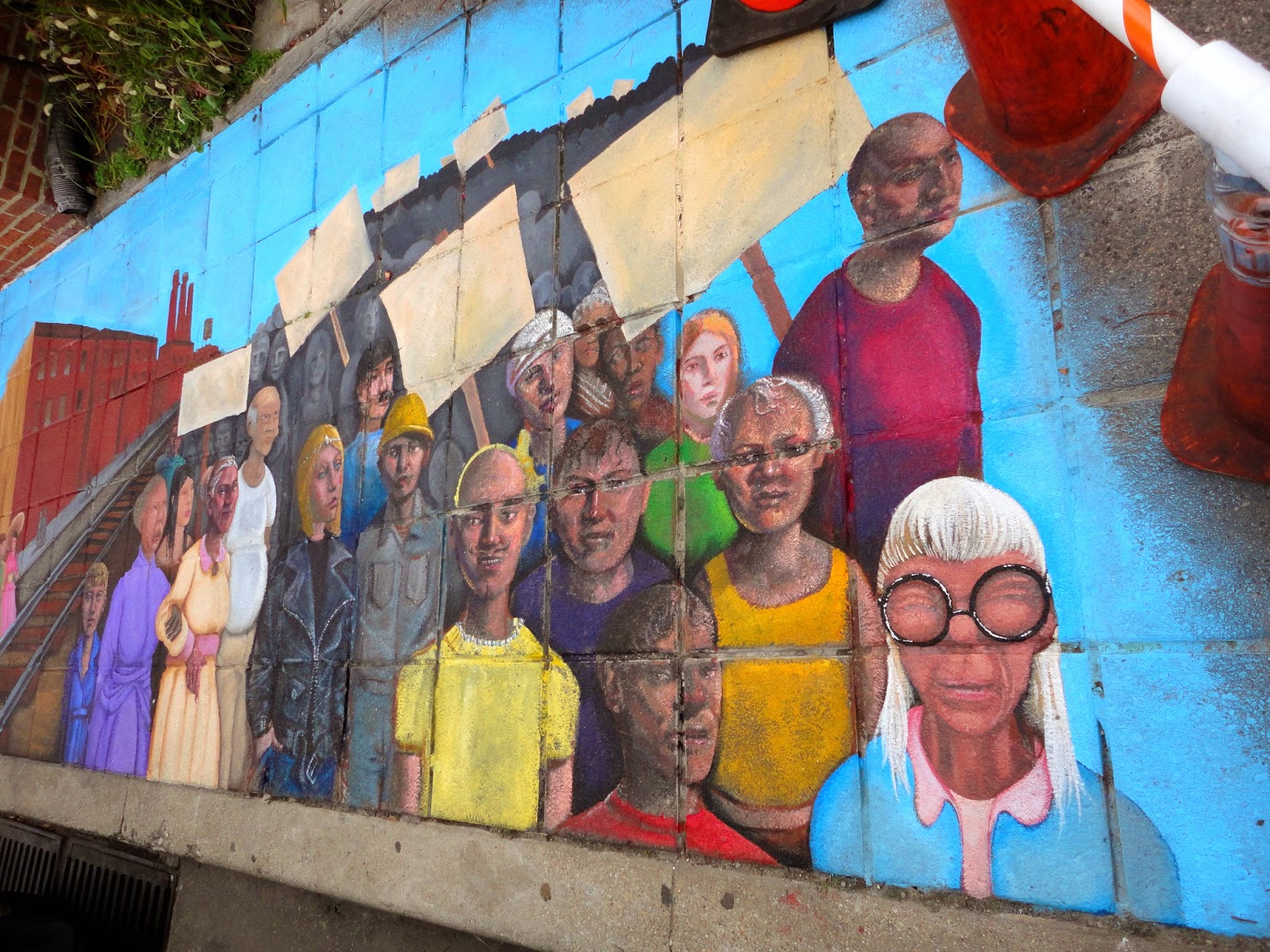 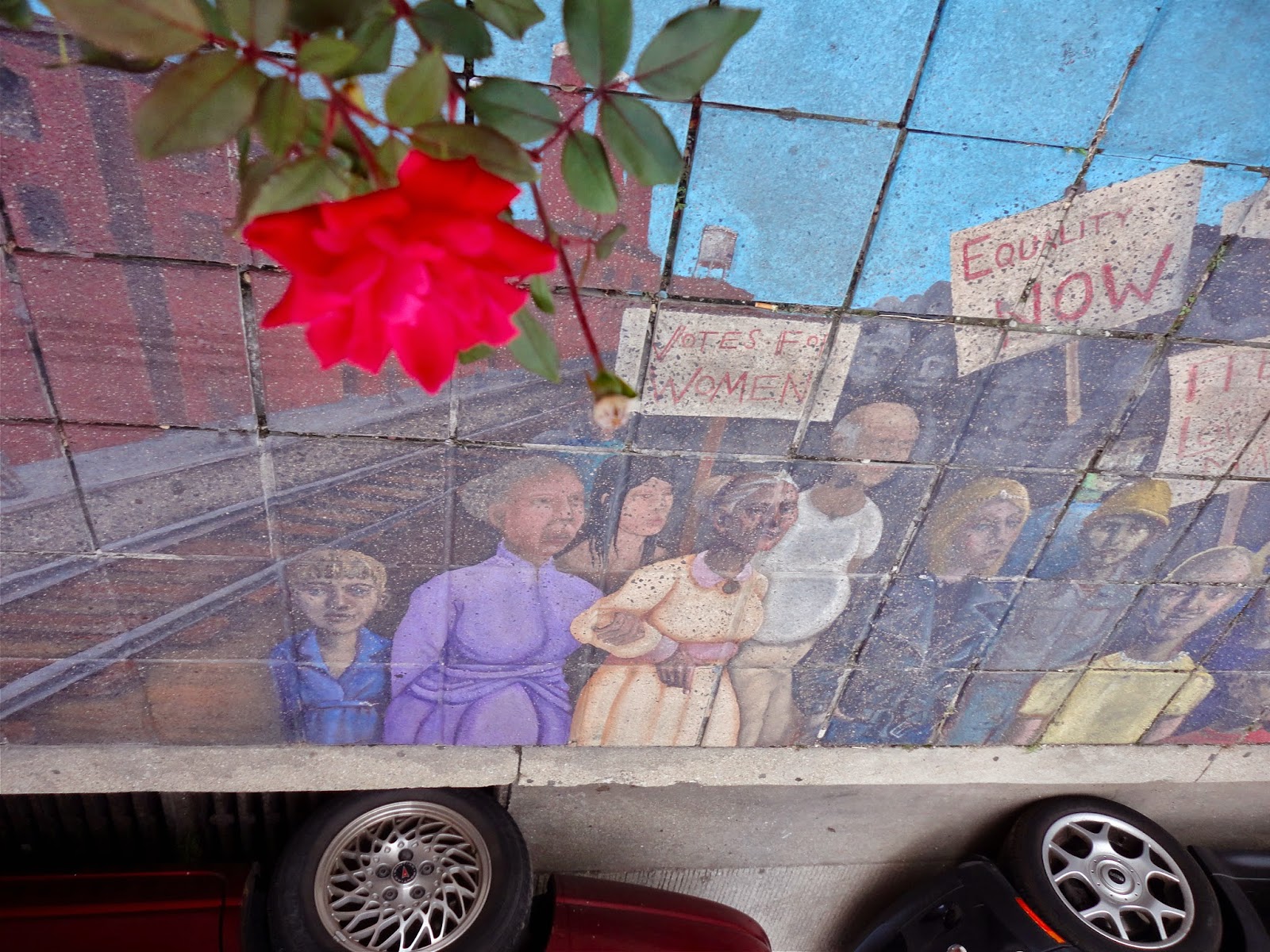 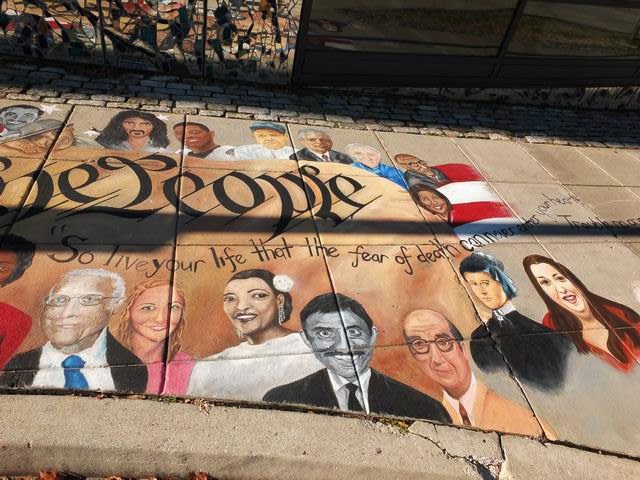 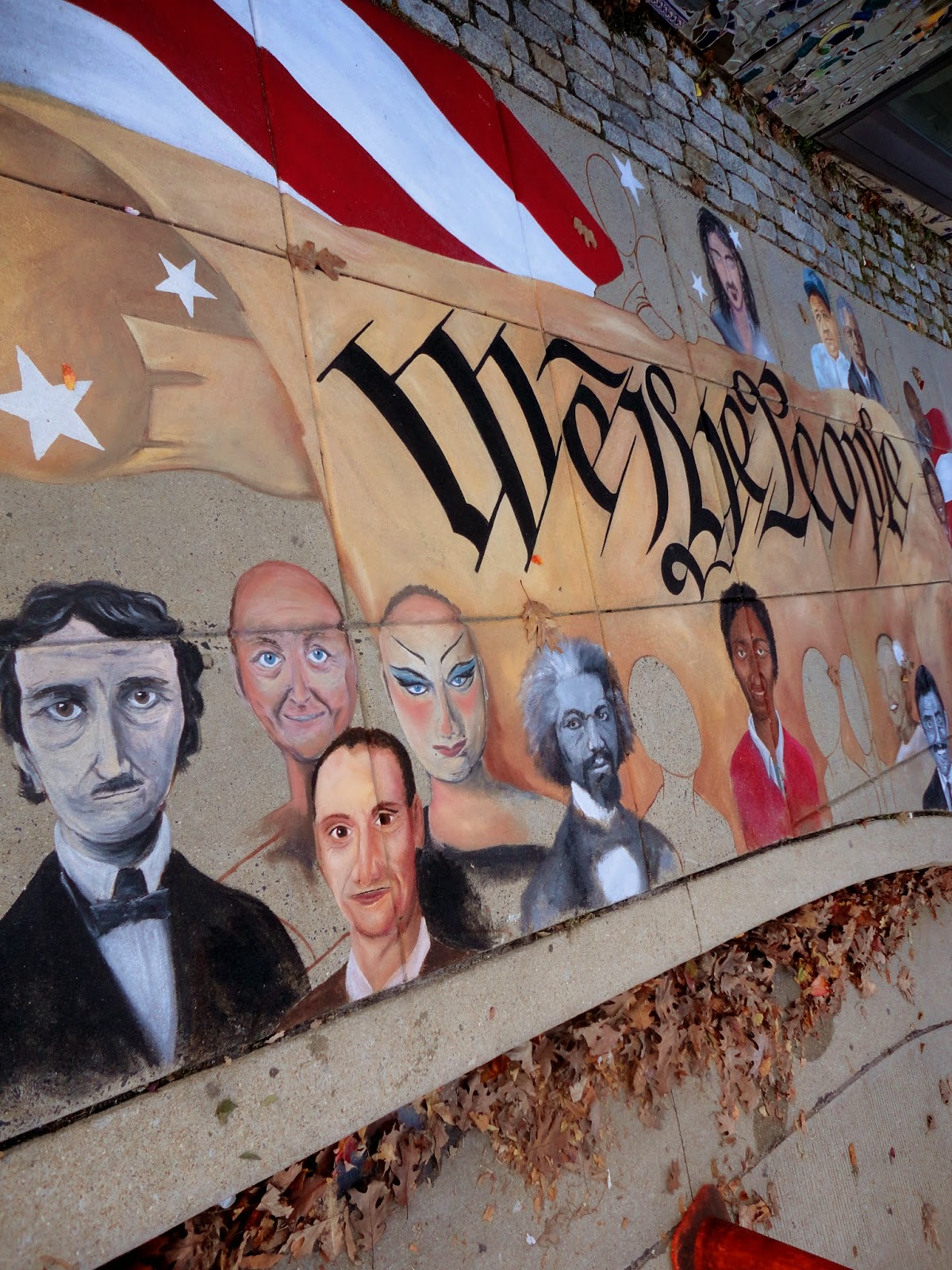 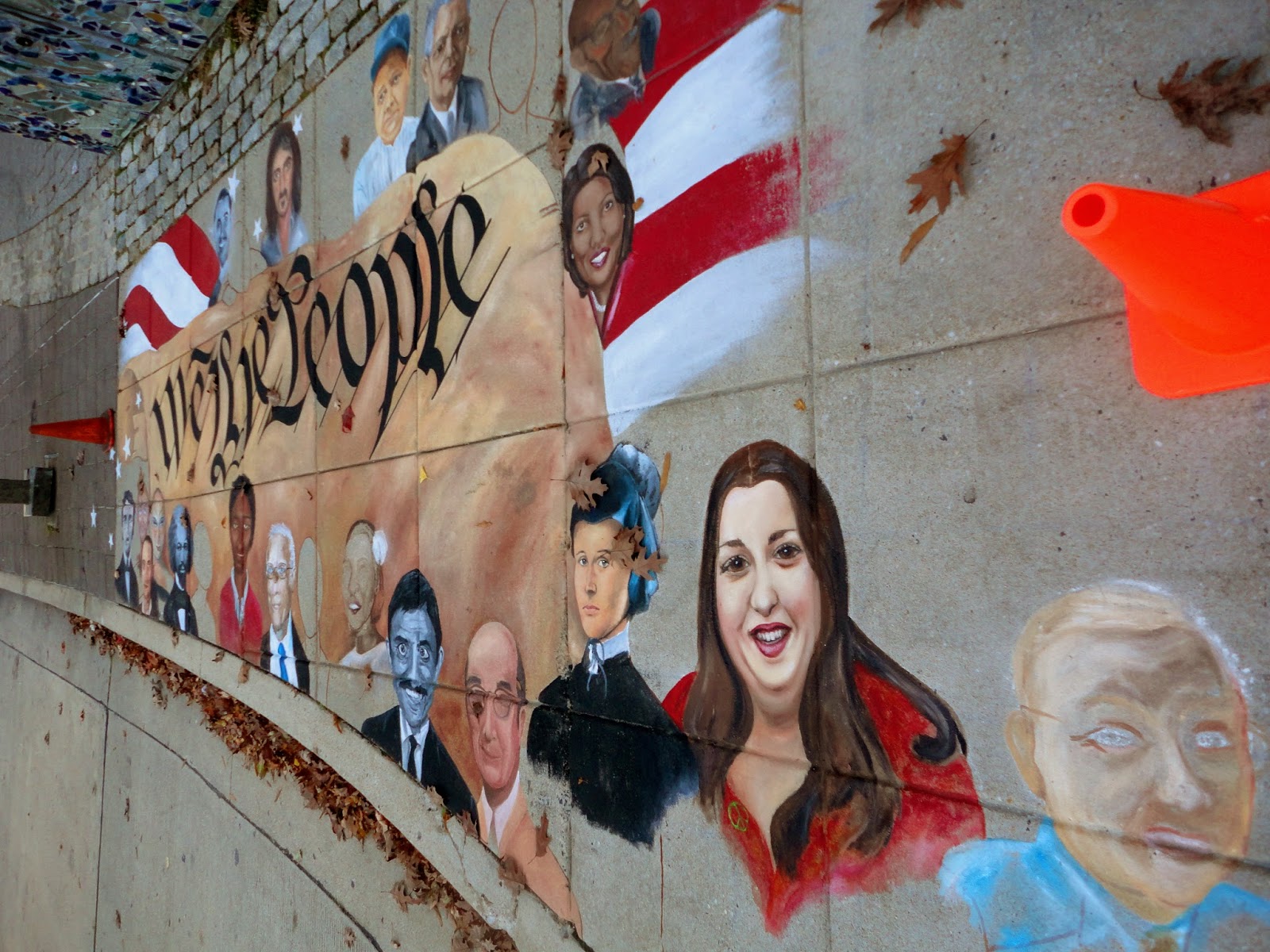 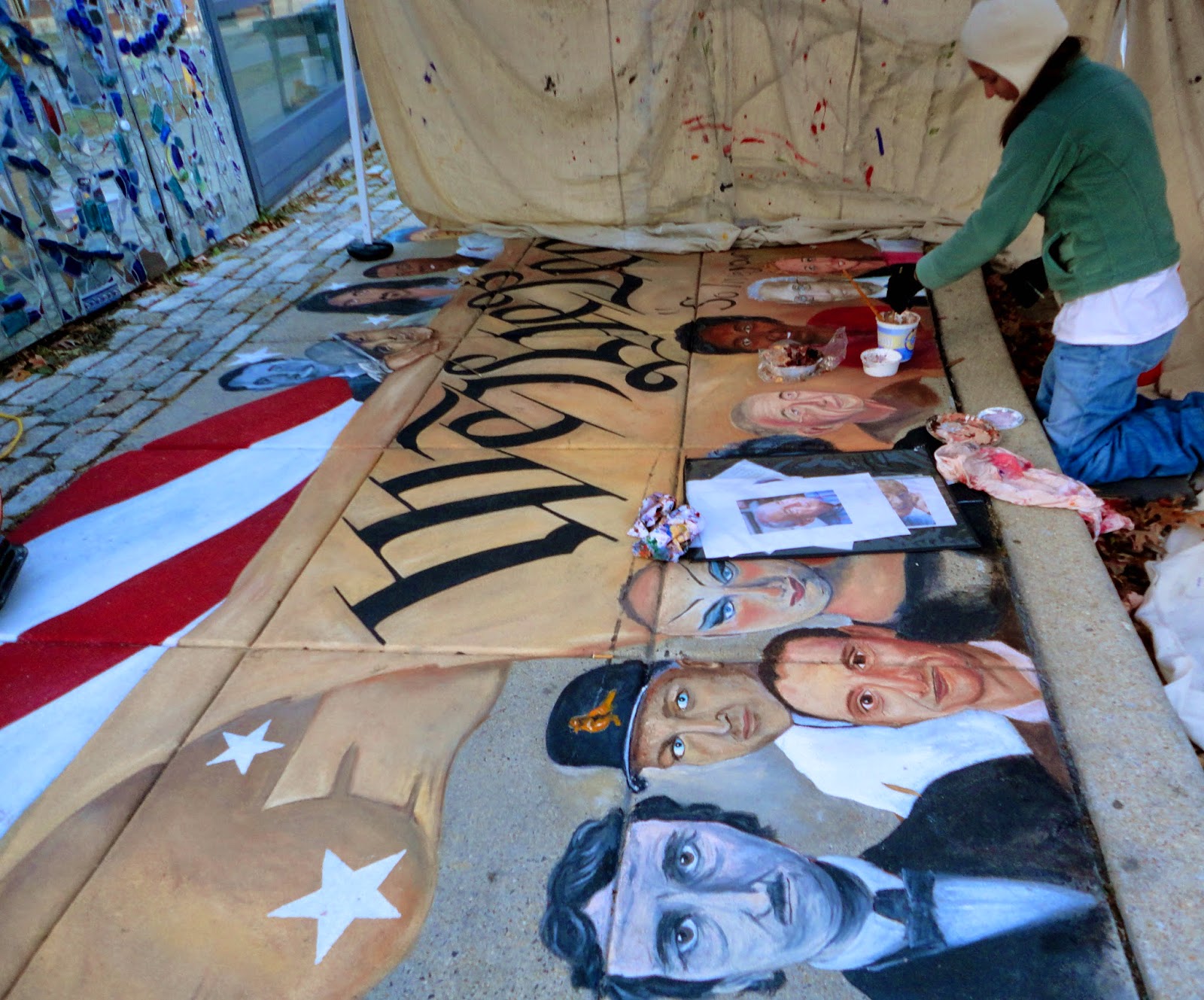 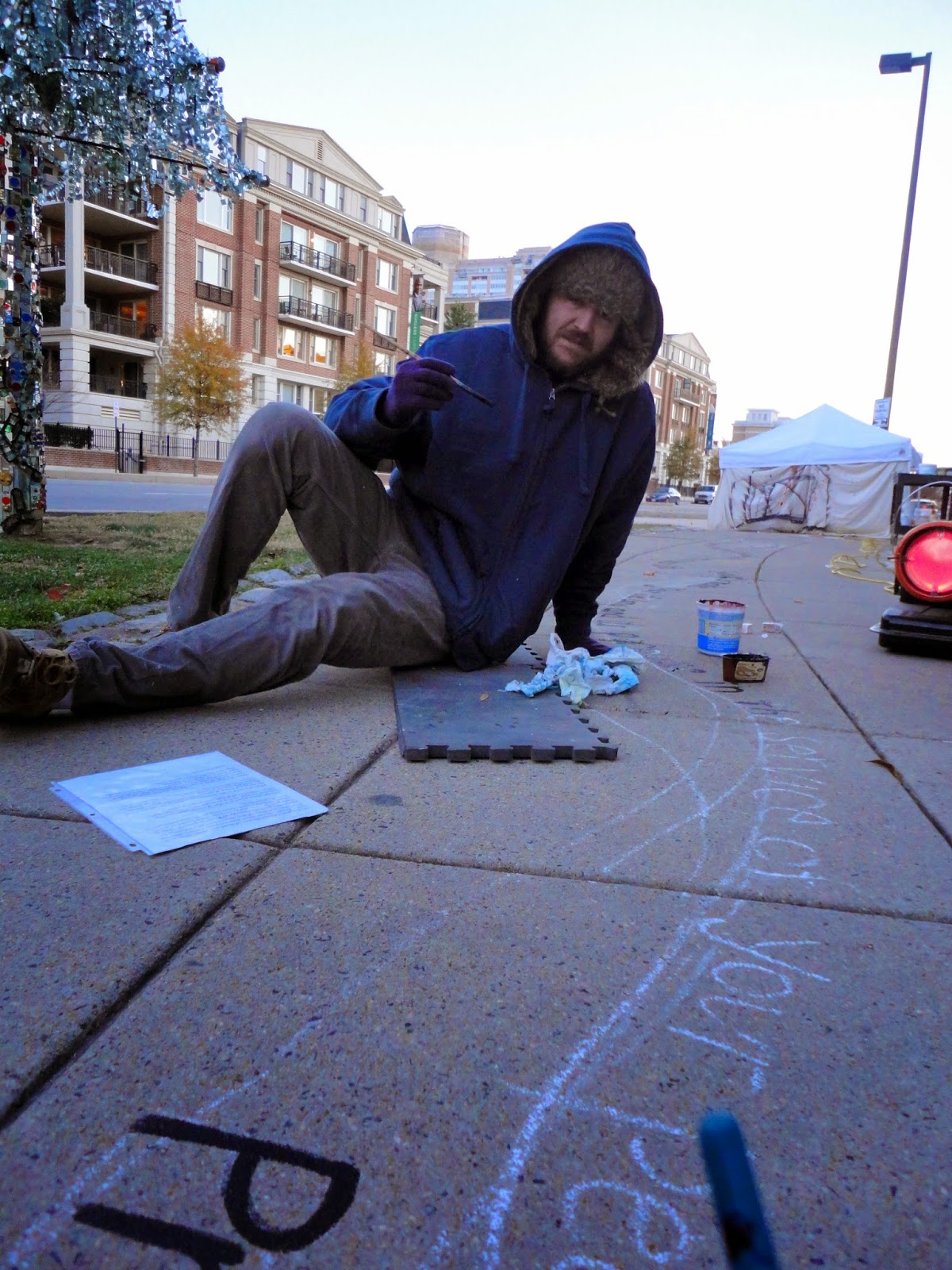 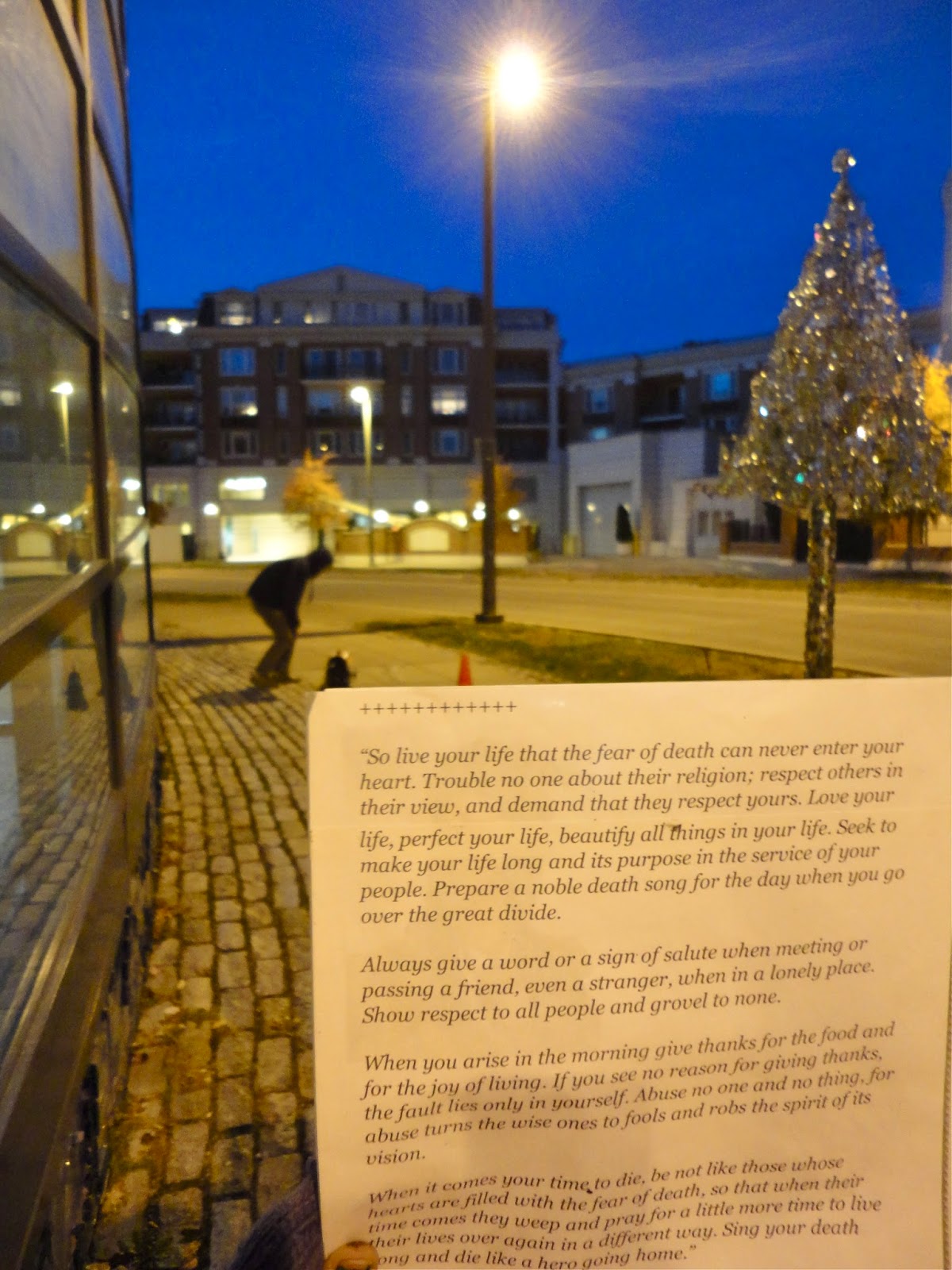 (“So live your life that the fear of death can never enter your heart. Trouble no one about their religion; respect others in their view, and demand that they respect yours. Love your life, perfect your life, beautify all things in your life. Seek to make your life long and its purpose in the service of your people. Prepare a noble death song for the day when you go over the great divide.
Always give a word or a sign of salute when meeting or passing a friend, even a stranger, when in a lonely place. Show respect to all people and grovel to none.When you arise in the morning give thanks for the food and for the joy of living. If you see no reason for giving thanks, the fault lies only in yourself. Abuse no one and no thing, for abuse turns the wise ones to fools and robs the spirit of its vision.When it comes your time to die, be not like those whose hearts are filled with the fear of death, so that when their time comes they weep and pray for a little more time to live their lives over again in a different way. Sing your death song and die like a hero going home."-Chief Tecumseh)
Posted by Stephanie Baker at Wednesday, September 17, 2014